What is the ring of fire drinking game?

The "ring of fire" drinking game is an easy and popular game that can be played with a group of friends. The game is simple - all you need is a deck of cards and some alcohol.

To start the game, all of the cards are placed face down in the middle of the group. The first player then starts flipping over the cards, one at a time. Whenever a player flips over a card that has a value of 9 or higher, they must take a drink.

If the player flips over a king, they must finish their drink. The game continues until all of the cards have been flipped over.

The "ring of fire" drinking game is a great way to get the party started. If you're looking for a game that is easy to learn and lots of fun, this is the game for you.

How to set up the game

1. To set up the game, first clear off your table and set a cup in the center with the deck of cards placed around the cup in a circle. 2. Now get a group of friends to gather around the table, each person having a cup/bottle of their preferred booze to themselves. 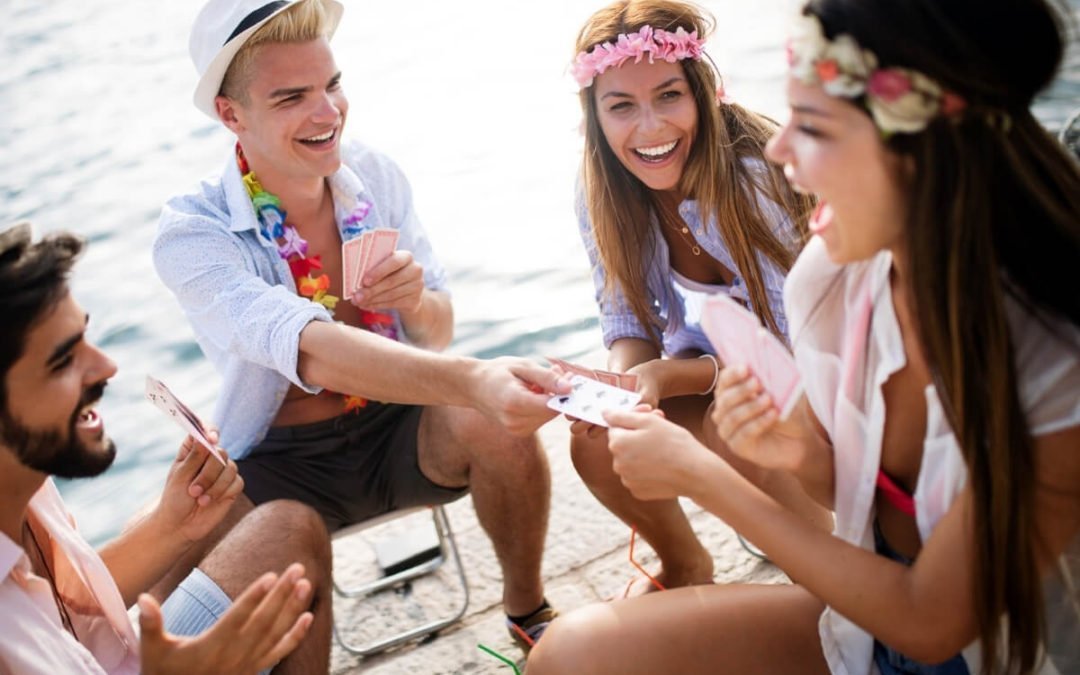 3. Before you can start with the game you should know what each card stands for:

4. Now that you know the rules. One person starts off by picking up a card, and whatever the card may be, follow the rule. Go in a circle and keep picking a card till the last King is picked!

More About Ring Of Fire

Ring Of Fire is one of the most popular drinking games in the world, and is played using playing cards. The player must drink and pass round the drinks based on the card drawn. Each card has a rule that is established before the start of the game.

The game is popular among students and those people who like partying in sleepovers. Having a variation of drinks makes this game fun and it is even more fun when the group is bigger.

Every player picks a card and does what the card represents, and it can be anything from choosing someone to take a drink to start a game of categories. When a player draws a king, he pours a quarter of what he is drinking into the middle cup.

The game comes to an end when the last king is drawn. The player who draws the last King has to drink the concoction in the King’s cup to the last drop.

This game has endless variations of the rules. There will be similar rules but any drinking group can omit some rules or add their own. These rules are normally assigned before the start of the game.

Depending on the group rules, the game can end when the last rule card has been drawn, or when the concoction in the King’s cup has been consumed, or when the cards fall off.

The person who knocks off the cards has to drink the concoction in the King’s cup.

Breaking the ring of fire

If someone breaks the ring of cards, he has to drink from the King’s cup. When this happens, the circle is broken and another cup of beer has to be placed at the center and you continue playing.

You need to keep on drinking and playing until the cards are over. Have fun!

With time you’ll might wanna change the game a bit and introduce a rule or two of your own. At this page you can find several common variations of Kings Cup aka Ring of fire.